An interview with Bill Davidson Q: What are your working methods?  Do you sit down every day to write?  Do you have a designated place to work?
A: I maintain a high degree inconsistency, most of the time anyway. I write most days- sometimes only a few hundred words, other times it can be several thousands. I get an idea and then wander about the place falling over dogs and mumbling to myself about elves or something until I have enough to start my story. Once I’m going, I’ve got to get it out there and write for many hours in a day, although seldom in a single sitting. I have to get up and do something else, before I can figure out what I’ve just done wrong, or what should happen next. I’m not much of a plotter.
I write mainly at home, but do enjoy occasionally sitting in the library or a café.

Q:Tell us about one of your favourite short stories and why you like it (not one of your own).
A: I recently read 20th Century Ghosts by Joe Hill and one story has really stayed with me. It’s called Pop Art. This sounds absurd, but it’s about a boy, Arthur, who is inflatable (and very puncturable) living in the same dangerous world as the rest of us. I read the whole story fretting over someone who is, in effect, a balloon, and his friend, who isn’t. It’s a fantastic tale about friendship and humanity.

Q: Tell us about one of your favourite short stories (done by you).
A: Bugger, this is difficult. I’m going to go for Childe Abbas, alternatively titled The Little Town in that Forgot all of its Children, published by Hell Bound Books. It’s written from the point of view of a little girl, Tilly, who is taken to live in the idyllic fictional English town of . Tilly soon realises something is badly wrong with this town, but struggles to tell her parents, as they are slowly forgetting about her. 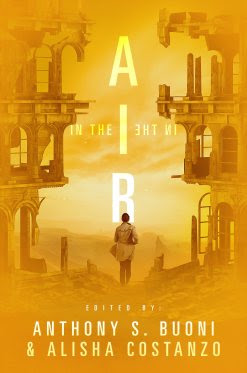 Q: Where do your ideas come from?  Do you go looking for ideas – for example by brainstorming, or do you wait for inspiration?
A: I’m lucky in that things constantly occur to me without having to purposefully do something to form an idea. I’m a naturally dreamy person and I’m always seeing things, or hearing things, and thinking, what if? I write down the initial idea and sometimes it turns into something worth pursuing - other times I have to admit it’s crap.  Or already written.

Q: Are you a full-time writer? If you have another job, what is it and would you like to become a full-time writer if you could?
A: I didn’t start writing in earnest until I took early retirement from local government just under three years ago, managing everything from waste to housing. Before that, I kind of dabbled, but what I produced wasn’t too good, and I went into decade-long sulks when my work wasn’t published instantly. I simply didn’t have the head space to do a demanding job and produce good writing, so I take my hat off to the many people who can manage that.
For the past year, I’ve been home schooling my daughter and, maybe it’s because I’d already built up some momentum as a writer, that didn’t slow me up.

Q: What is the most difficult part of your creative process?
A: My stories can lose their way for a while because I get distracted by another possible plotline or because my characters get ideas above their station. For instance, I’m writing a story at the moment that started as a fantasy but the domestic drama that is emerging could lead me to drop the fantastical element altogether and write it as a straight ahead drama.
A writer friend tells me that’s because I’m ill-disciplined and don’t plot it out well enough before I start, but to hell with that shit. When things you don’t expect start appearing on the page, that’s where the good stuff is.

Q: If you could go back in time, what would you say to your younger self about becoming a writer?
A: I’m that annoyed with my younger self I’d probably just sneak up behind him and give him a good kick up the arse, with no explanation.
If he demanded a reason for this well-deserved kick up the arse, I might say, for God’s sake write, you daft bastard! And don’t go into decade-long sulks when the publishing world doesn’t fall over itself for you, either. 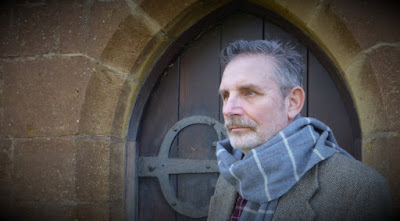