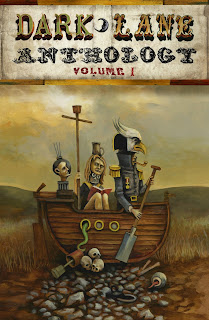 Volume One opened with 'The Man Dogs Hated' by James Everington, and was also one of the first places the fiction of Matthew M. Bartlett appeared in print. 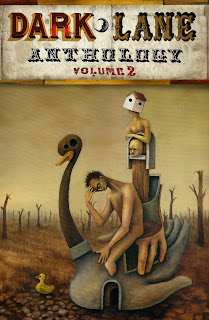 A coup for Volume Two was a previously unpublished story by Rebecca Lloyd.  Her 'Hagbound' opens the book.  James Everington returned with 'Bad Memories'.  There were also contributions from Louis Rakovich, Tim Major, L.S. Johnson, Rhoads Brazos, and many others.

For Volume Three K.J. Bishop agreed to let us reprint her story 'The Art of Dying'.  However, it went to Louis Rakovich to open the book with his 'Three Tales'.  Also, soon to be regular contributors Charles Wilkinson and Robert Pope made their first appearences. 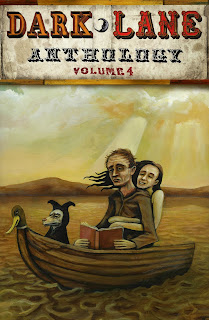 Charles Wilkinson was justly allowed to open Volume Four with his story 'His Theory of Fridays'. 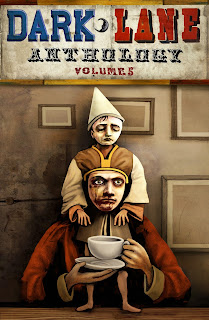 Since her appearence in Volume Two, the Dark Lane team had become big fans of L.S. Johnson's writing.  We got down on our knees and asked her to open Volume Five for us.  She kindly agreed to allow us to reprint her story 'Ada Awake' which opened the book with a wonderful illustration from Sally Barnett.