An interview with L.S. Johnson 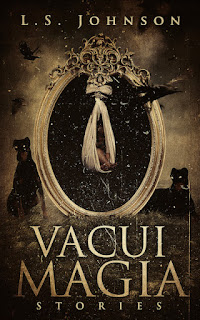 Q: What are your working methods?  Do you sit down every day to write?  Do you have a designated place to write?

A: I am currently blessed with a piecemeal freelance career. It’s stressful in regards to financial stability, but it allows me to control my schedule and thus carve out writing time every day. Before this, I tried to schedule my day jobs for either very early or very late starts, but that was hit or miss. Weekends I get up before my spouse and write. I was a night owl as a child, but circumstances have conspired to make me a morning person.
I took over the spare bedroom in our house for my writing space, but I have difficulty sitting at a desk for long stretches. Thus I usually draft on a cheap netbook and move around the house, writing on the floor, standing up, etc. Once the piece I’m working on feels solid, I’ll move it onto the computer in my writing space and put it in Scrivener or Word for revision.
I’m hoping one of these days I’ll be earning enough from writing to invest in an adjustable desk. Life goals!

A: Well, I can whittle it down to two, and I’ll mostly talk about one of them.
The two stories are “1986” by Yu Hua and “Rare Bird” by Andrea Barrett. Together, I think they form a kind of bracketing of my aesthetic.
I come back to “1986” often, because it’s so painfully precise and so mannered in its pacing and yet it is so, so brutal. It took me many years to let go of the idea that Proper Writers only write literary fiction, but “1986” was pivotal in that process. I think of the story as horror, though I first found it via a comparative lit class; more to the point, I think “1986” says something about war and trauma that can only be said through horror. My father was a painter, but in his early twenties he was drafted and sent to , just before the Tet Offensive. When he returned he didn’t talk about the war for decades, but it … leaked out, in a sense? It showed in his temper and his art, and when I read “1986” I felt a kind of resonance for something I hadn’t been able to describe before: a sense of disjunction between my sheltered, loving childhood and this unspoken, brutal history. I haven’t found that resonance anywhere else, certainly not in the many literary novels or essay collections I’ve read about the war.
“Rare Bird” is at the opposite end of my aesthetic spectrum, a lovely piece of historical fiction. It shares the precision and mannered pacing, but it’s a quiet story—a domestic story, really—about repression and intellect and women. I think it says a great deal in the space around the story, if that makes sense. I struggle a lot with clarity vs. opacity – when to reveal, when to be explicit, when to hold back, elide? and when I’m really struggling I re-read Barrett to see it done well. 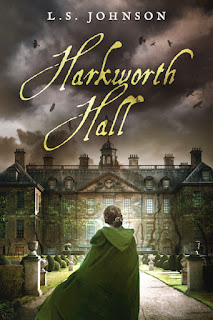 Q: Tell us about one of your favourite short stories (written by you).

A: I can’t choose! I love all my stories, both the great and the terrible. Whether they fail or succeed, they each have a tiny bit of life in them. How do you choose among them? Every one of them is a relationship. It’s like ranking friends.

Q: Where do your ideas come from?  Do you go looking for ideas – for example by brainstorming, or do you wait for inspiration?

A: A story usually starts with an image or two that’s stuck in my head. I can’t write a story until I’m immersed in it, like being inside a movie; fiction is very cinematic for me. So I’ll see things, or I’ll imagine something based on what I’m reading, and that will spark, oh, not even a scene so much as a moment—but it’s a moment I can enter, I can be the character in that moment. From there I can start imagining the emotional core of a story.
An example: I have a novelette that I’m working on whose initial seed was a video I saw a few years ago, about spider eggs hatching beneath a person’s skin. That video lingered in all sorts of gross and delightful ways in my head; I wrote “spider thing?” in a journal and tried to write a story with that as an element but got nowhere. Years later, I was describing the pine forest near where I went to college and I suddenly remembered that video, and at once I was in the moment: I was standing in the forest, the cool damp of it, and I was looking down at my bare forearms and watching the skin move and feeling those bodies wriggling inside. Then I was able to start building the story.
Sometimes, too, those initial scenes don’t make it to the final draft. Sometimes they’re just scaffolding. I write a lot of scaffolding.

A: I mostly write book indexes. I’ve indexed everything from history to critical theory to automotive repair. I also proofread books and copy, write copy for retailers, provide story critiques, and read exams to dyslexic and blind students. It’s a hodgepodge income stream, but I burned out very badly at my job in publishing, so I’m trying to avoid a return to full-time office work.
I’ve had a taste of writing full-time now in the lull between freelance projects, and I like it, but it’s much harder than it looks. It takes a great deal of discipline to stay consistently productive. 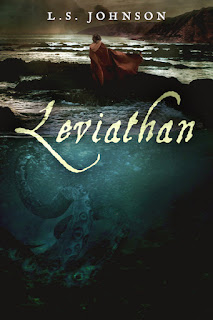 Q: What is the most difficult part of your writing process?

A: First drafts. I hate how far they are from the thing in my head, and I have to be careful that I don’t psych myself out of the story completely. It’s easy to reread a garbage scene, see only an endless parade of revisions to be done, and abandon the whole damn thing, who wants to do that much work? I just keep reminding myself of that glorious moment, usually second or third draft, when it actually starts to polish up a little. Then all the enthusiasm kicks in.

Q: If you could go back in time, what would you say to your younger self about becoming an author?

A: That all that stuff you’re writing with the mysterious filenames, so no one would twig what they’re about? The sword and sorcery, the fairy tale adventures, the fanfiction? Trust your heart and don’t stop. You just haven’t found your tribe yet. 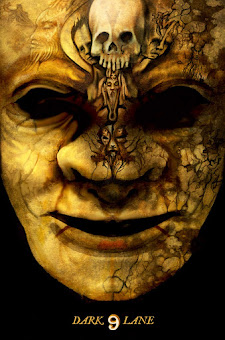