An interview with Charles Wilkinson

Weird fiction fans need no introduction to Charles Wilkinson.  His fiction first appeared in Dark Lane Anthology Vol. 2.  His work has appeared in every volume since.  Egaeus Press have released two limited edition collections of Charles Wilkinson's short fiction in hardback: A Twist in the Eye, and the recently released Splendid in Ash. 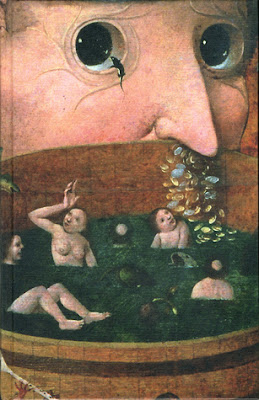 What are your working methods?  Do you sit down every day to write?  Do you have a designated place to write?

Many thanks for asking me to do this interview, Tim. I’m very pleased to have appeared regularly in your excellent Dark Lane Anthology series.

A poet, who has a background in science, advised me to write in the same place and at the same time every day. He claimed that by doing this one could train the mind to be receptive to the writing mode when required. I certainly think it’s important to establish when one writes best. Although I’d prefer to work in the mornings, I’ve now come to accept that I get much more done in the afternoons. I start at more or less the same time and always in the same place, an office on an industrial estate. There’s no internet connection, which ensures that I’m less easily distracted. Having a place to write that isn’t my home increases the sense of ‘going into work,’ I find. There’s less temptation to take too many tea breaks.

Although I’m tempted to go for one of Robert Aickman’s stories, such as ‘The Hospice’, I suspect that many of your readers will already be very familiar with his work, and so I’ve decided to pick ‘Bestiary’ by Julio Cortazar, which is included in Blow-up and Other Stories. The title story was the inspiration for Antonioni’s film Blowup. Cortazar was a literary writer of an experimental bent; however, his short stories often blur the boundaries between genre and literary fiction. I’ve come across his work in horror anthologies. ‘Bestiary’ is the story of a young girl who stays with the same family every summer. They have a large house and there is another child. It’s seen from the girl’s point of view, which enables the author to suggest that there are tensions between the adults that she is too young to comprehend. The children busy themselves by collecting ants, bugs and insects; the adults perform everyday domestic tasks. The story might almost be a realist text if it were not for the fact that a tiger is roaming around, not only in the grounds but also in the house. The characters are apparently able to avoid this animal because a family servant gives regular bulletins as to its whereabouts. If the tiger is in the library, for example, they will avoid that room until the servant tells them the creature has left. No attempt is made to explain the presence of the tiger. Many readers have wondered what Cortazar meant by it. When I first came across the story, I assumed the tiger was some sort of embodiment of the anger and frustrations of the adults; however, Cortazar said that he did not intend the tiger to symbolize anything specific. Some of his ideas came from dreams, which I believe was also true of Aickman. The effect is to allow space for multiple readings, which means that while my interpretation of the tiger’s significance is not wrong, there are other theories that may also be valid; moreover, since it’s a riddle with no solution we’re not being asked come up with any explanation. For some readers the frisson of the weird and mysterious will be enough.

Tell us about one of your favourite short stories (written by you).

As my work is quite various, it’s very hard to pick one.  My first collection had two stories that could be categorised as genre pieces and just one that was offbeat in a way that might be considered ‘weird’. ‘The Pain Tree’, which is the long title story,
was partly based on my childhood visits to a dentist who drilled my teeth without deigning to use anaesthetics. Dark but not a genre piece, it might be the best thing I’ve written – I’m not sure. ‘Boxing the Breakable’, which is in Splendid in Ash, my most recent anthology from Egaeus Press, is one of my current favourites. It’s about an elderly couple who have put their house on the market. When the wife, who is in better physical and mental health than the husband, shows them round, they behave
in such a bizarre fashion that she phones the estate agent to find out more about them,
only to discover that no appointment was ever made. The husband then disappears. Various people visit the house and there seems to be a link between them, but it’s not entirely clear what that could be. As with Cortazar, a great deal is left to the reader to fill in. On one level, it’s the quotidian world of prospective buyers, estate agents, doctors and the police, but it should gradually become plain to the reader that something else is going on that defies easy analysis. I was hoping to create a sense of the everyday permeated by the strange.

Where do your ideas come from?  Do you go looking for ideas – for example by brainstorming, or do you wait for inspiration?
.
There’s no straightforward answer to this question. Occasionally there are happy accidents: a remark overheard on a bus or a train; an article in a newspaper; a science programme on the television – that kind of thing. Sometimes one consciously mines one’s past. The germ of ‘Boxing the Breakable’ was a visit that a relative and I paid to a property in the when one of us was house-hunting. The initial visit had been made by appointment and went well, but when we returned unannounced an hour later, explaining that there were a few details we wished to check, the owner was furious and refused to have anything more to do with us. I remembered this incident well over twenty years later and used it as the basis for what happened next.
Quite often an arresting first line will occur to me and that will be enough to begin the process. Whilst my weird fiction is far from autobiographical (thank heavens!), there have been events, such as the one that initiated ‘Boxing the Breakable,’ that I have used to provide a starting point. Places where I’ve lived are important too.  If I’m stuck for inspiration I make a conscious effort to invoke the dark muse; often a long walk helps!  Researching a topic that interests me can also prove effective. Now that I’m trying to be more professional I have to be prepared to ‘go to the mountain.’

Are you a full-time author? If you have another job, what is it and would you like to become a fulltime author if you could?

In order to write full time, I resigned from the day job six years before I would have been obliged to step down; however, I now have not inconsiderable domestic responsibilities, which mean that I write in the afternoon five days a week. I was sorry that until eight years ago I was unable to become even a semi-professional writer, although I did take a year out to do a Masters in Creative Writing when I was in my early thirties, as well as another year, just before I turned forty, to take a second course, which included a writing module.  One of my tutors, the Irish poet Eavan Boland, told me that she had seen too many people wreck their lives in the belief that they would become great writers, or at least make a decent living from the trade. She was right. I think it’s fine to take a year or so out to write, but be very careful to have a realistic Plan B in case you don’t make a breakthrough. If you have a family, you have to be even more cautious. 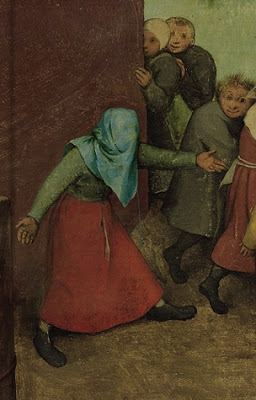 What is the most difficult part of your writing process?

It’s changed over the years. I used to suffer from writers’ block, but now I’m acutely aware that I no longer have time to indulge my uncertainties. Strangely enough, I think it’s the final stage of the process that causes me most angst. I’m a poor proof-reader of my own work. A particular problem is a tendency to omit small words, such as articles and prepositions. I’m someone who is grateful to have good editors (thanks, Tim!).

If you could go back in time, what would you say to your younger self about becoming an author?

First of all, get on with it! I spent too much time staring out of the window. I was also inclined to agonise over every line instead of writing a decent number of words per day. I lost literary agents because I simply wasn’t producing enough work for them to send round to publishers. Secondly, don’t neglect the small presses and little
magazines. It’s not the end of the world if Faber and Faber say no. If it’s not happening for you, you’re probably better off without an agent. Then you can do
your own research and send manuscripts to places that agents aren’t interested in as the financial rewards involved are insufficient. Starting small is better than making no start at all.